Thomas Vieira currently serves as the Director of Bands at Traverse City Central High School in Traverse City, Michigan, where he oversees all aspects of the Trojan Band program. This is Thomas' first year on staff with the Madison Scouts.

A native of Lake Orion, Michigan, Thomas has a variety of experiences in the marching arts. As a marching member, he performed with the Glassmen Drum and Bugle Corps (2012) and the Carolina Crown Drum and Bugle Corps (2013, 2014, 2016), where he was a part of the drum corps' first world championship. Thomas was also on the teaching staff of the Music City Drum Corps in 2019. Prior to Traverse City, Thomas served as the Assistant Band Director at Whiteland Community High School in Whiteland, Indiana.

Thomas is a proud graduate of Michigan State University. In his spare time, he enjoys hiking, snowboarding, and spending time with his wife Amber and his two cats, Nigel and Charlie. 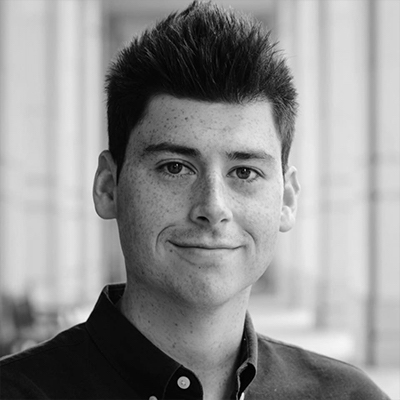