Michael Reese is an active music educator and the current Middle School Band Director for the Elida Local School District near Lima, OH. In addition to this work at Elida, he is the Front Ensemble Coordinator for the WGI Percussion Independent World ensemble ConneXus (2018 – Present).

Michael received his Bachelor of Music in Music Education from Marietta College in the Spring of 2017, along with a minor in Political Science and Teacher Leadership. He is currently pursuing his Master’s in Music Education from Ohio University. During his marching career, Michael performed with Legends Drum and Bugle Corps (2014), Cap City Percussion (2014-2015), Madison Scouts Drum and Bugle Corps (2015-2016) and Rhythm X (2016-2017). 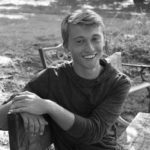