Greg Mizak is currently working with Forward Performing Arts as the Operations Director for the Madison Scouts Drum and Bugle Corps. Serving as a consultant for the corps director and as a resource for the administrative team, he is responsible for the day to day logistical components of the summer tour.

Continuing a deep family tradition of performance in Drum Corps International, Greg’s journey through the activity began in 2012 with the Glassmen Drum and Bugle Corps from Toledo, Ohio. He joined ranks with the Madison Scouts in 2013 and continued performing through to his ageout season in 2016. He joined the administrative team in 2017 and has worked with the corps in multiple capacities ever since, including the roles of equipment manager and assistant corps director.

Additionally, Greg is a movement instructor, music instructor, and general consultant for high school marching bands and indoor percussion ensembles in Central New York and Northwestern Pennsylvania. Outside of the marching arts, he maintains a practice as a musician, artist and educator. He received his MFA from Syracuse University’s College of Visual and Performing Arts, and his BFA from Edinboro University’s College of Arts, Humanities, and Social Sciences. 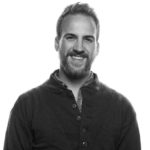