Rachel began her colorguard career at Mineola High School in NY in 2008. She marched with Mineola for four years, in both their marching band and winter guard, and had the opportunity to perform in WGI Scholastic A Class Finals in 2011. During her time at Mineola, she continued to march independently in DCA with the Long Island Sunrisers in 2009 and 2011, and the Connecticut Hurricanes in 2012. Upon graduation, she went on to march DCI with the Cadets from 2013-2015. Aside from her drum corps marching experience, Rachel performed in WGI with Alter Ego IW in 2013, 2017, and 2018, and Fusion IW in 2019.

Rachel has been able to extend her passion and involvement for color guard through teaching. She has had the pleasure of teaching great programs that include: Mineola High School (NY), Dartmouth High School (MA), Stony Brook University, Ridgewood High School (NJ), Oñate High School (NM), Alamogordo High School (NM), the Oregon Crusaders, and the Crossmen. She graduated from Molloy College with her B.S. in Mathematics and is currently in graduate school at Hofstra University, working towards her M.S. in Computer Science 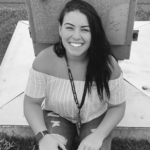