Originally from the St. Louis Area, Tyler began his DCI career as a member of the Colts in 2009, and went on to win two Jim Otts and a Silver medal as a member of Carolina Crown’s brassline from 2010-12.

Tyler holds a bachelor’s degree in Music Education from Southern Illinois University Edwardsville and is currently in his fifth Year as an Assistant Band director at Waco High School in Waco, TX. There he serves as head of the Jazz program as well as Visual and Brass captions. As a part of Ross Gordon’s brass team for four years now, Tyler is excited to start working with the Madison Scouts! 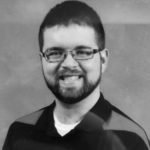