Shea Pierce is a music teacher, freelance trombonist and private lesson instructor in the Northwest Arkansas Area. For the past 6 years, Shea has been a sought after Marching Band Instructor and Visual Clinician/Designer in West Kentucky, The Dallas-Fort Worth Metroplex, Michigan, and Northwest Arkansas.

Shea’s drum corps career began in 2012 with Carolina Crown, winners of the John Brazale High Visual Award, the Jim Ott High Brass Award, and the Silver Medal. In the years following, Shea worked as a Visual Technician at Legends Drum and Bugle Corps, and with various high school marching ensembles. While in Northwest Arkansas, Shea has assisted in teaching and choreography at Bentonville High School, a regular BOA St. Louis finalist and a BOA Grand National Semi-finalist. He is currently teaching elementary music, runs a private lesson studio, and is a member of several regional jazz and classical performing ensembles.

In the fall of 2016, Shea attended the University of North Texas, where he performed with the 2 O’clock Lab Band and the award-winning U-Tubes. Shea holds a B.M. in Music Education from Murray State University.  Drawing on these experiences, Shea is excited to join the Madison Scouts for their upcoming season. 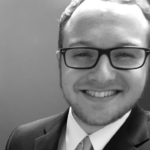