Murphy Pulliam, originally from Monroe, Georgia, is currently in her fifth year as a music education major at the University of Georgia. She studied french horn under Dr. Cathy Kilroe-Smith, Dr. Jean Martin-Williams, and Dr. James Naigus. During her time at UGA, she twirled for a year in the Redcoat marching band as a majorette. Murphy began both band and twirling during fifth grade and has pursued both ever since. In addition to marching band and twirling, she has also been deeply involved with ballet since high school.

Murphy aspires to become an elementary music teacher once she graduates in May and also hopes to secure a position working with a marching band. Once she graduated high school in 2015, Murphy began marching with Carolina Crown and marched for four consecutive years, serving as the mellophone section leader in the final year. Murphy is excited to give back to the drum corps community through teaching the mellophones at Madison Scouts. She looks forward to working with such a legendary corps and contributing to its impressive history this upcoming season! 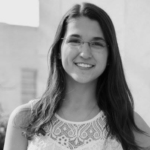