Meghan Brackett is a color guard instructor in the Indianapolis area. Currently, she serves as the Color Guard Director and choreographer of Brownsburg High School in Brownsburg, IN. Formerly, she held the position of color guard director, designer, and choreographer for Decatur Central HS from 2014-2019. She has worked with multiple Indianapolis groups including Carmel, Center Grove, Northview, and Fishers. She is passionate about the growth of the activity, her students education and has dedicated the last 13 years to training, educating, and inspiring the youth of the marching arts.

Meghan began her marching career with the Center Grove high school color guard where she marched from 2003-2007. Her drum corps career began in 2007 with the Carolina Crown, where she aged out as guard captain in 2010. After taking a season off in 2011, she returned to Crown in 2012 and 2013, where she served as a full-time weapon tech.  In addition to marching drum corps, Meghan also performed with WGI groups such as Etude in 2008, and Pride of Cincinnati in 2010 and 2012. 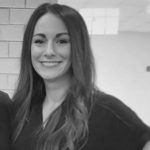