Lucas Schmidt is currently in his first year as the director of the College Park High School Color Guard in the Woodlands, TX. He was previously the director of the Plymouth-Canton Educational Park Guard from 2013-2019. In his five years with Plymouth-Canton, the color guard rose from Scholastic A to become a World Class color guard, medaling in Open Class finals along the way. He has also worked with Interplay World in 2017-2018 and Ancora Winterguard in 2013.

Schmidt’s performance career includes membership in world-renowned organizations, starting with the Plymouth-Canton Color Guard from 2009-2012. He was a marching member of the Santa Clara Vanguard Drum and Bugle Corps (2011), The Cavaliers (2013), Ancora Wi 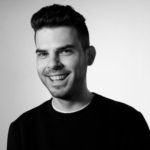