Kevin Graham is the Assistant Band Director at John Adams High School. He is originally from Dayton, Ohio but has spent most of his time in Northern Ohio earning his teaching license, bachelors, and masters degrees in Tuba performance from the University of Akron and Bowling Green State University. He has had the privilege of performing with various groups such as Carolina Crown, touring in Japan with Blast! “The Music of Disney,” and as a guest solo artist and clinician throughout Ohio. He has also taught many marching ensembles that have earned numerous accolades throughout the regionally and nationally. Kevin is excited and enthusiastic to be joining the Madison Scouts team for the upcoming season. 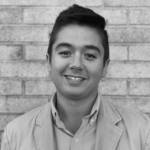