Edgar Vincent Ortiz grew up in the southern part of Texas known as the Rio Grande Valley.  After graduating with a Bachelor’s Degree in Music Education from the University of Texas-Rio Grande Valley in May of 2019, Edgar moved to Athens, Georgia.  As a student at UTRGV, Edgar performed with the University Wind Ensemble and the Tuba/Euphonium Ensemble. He is also a proud brother of Kappa Kappa Psi and served as the president during part of his time as an active brother.

Outside of college, Edgar worked with the marching bands at Sharyland Pioneer High School and Edinburg North High School along with Edinburg North’s Indoor Winds.  Edgar also taught visual technique and choreography with UTRGV Winds in 2019 as they set out to compete in the Wgi circuit as a first-year group and earned the bronze medal in World Class at Dayton, Ohio. Edgar started performing in Drum Corps International as a member of Genesis Drum and Bugle Corps.  He marched the euphonium at Genesis in 2011 and 2012 and then went on to march with Crossmen in 2013 and Carolina Crown in 2015, 2016, 2017, and 2018. 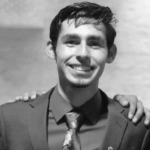