Daniel Montoya Jr. is the Brass Composer/Arranger for the Madison Scouts Drum & Bugle Corps. His education includes a master’s degree in wind conducting from Texas State University where he studied with Dr. Caroline Beatty, a master’s degree in music composition from Central Michigan University where he studied with David R. Gillingham, and a baccalaureate degree in music composition from Texas State University. He has studied and participated in masterclasses with such composers as Kevin Beavers, William Bolcom, Michael Ippolito, Cindy McTee, Kevin Puts, Russell Riepe, and Roberto Sierra. Montoya also participated in the 'Art of Conducting' workshop at the University of Texas as Austin where he studied with Jerry F. Junkin, Larry Livingston, Richard Floyd, Scott Hanna, Ryan Kelly, and Joshua Gall. His oeuvre spans several genres, including original pieces and arrangements for wind band, percussion ensemble, and the marching arts. His works, which resound with bristling energy and color, have won numerous awards from national organizations.

Montoya is a proud and rare native of Austin, an ’80s, ’90s, & ’00s music aficionado, and fully embraces his unstoppable rise to “zaddy” status. He also, occasionally, writes music (since being musically moved by his first viewing of the James Cameron film Titanic and wanting to write the music to the sequel, Titanic 2: Jack of Spades: Jack Dawson’s Revenge: This Time It’s Personal).

Although the closest he’s been to being a man in uniform was as a member of “The Pride of the Hill Country” and possibly some ill-advised Halloween costumes, he served as the arranger for the U.S. Army All-American Marching Band in 2012 & 2013. His involvement with marching bands engages him throughout the nation. Among the organizations that have used his compositions and arrangements on the field are champions and finalists at various state- and national-level competitions, and major Division I intercollegiate bands. Montoya is the Brass Composer/Arranger for the Madison Scouts Drum & Bugle Corps (Madison, WI) and has written and designed for the Guardians Drum & Bugle Corps (Houston, TX), Colts Drum & Bugle Corps (Dubuque, IA), Spirit of Atlanta (Atlanta, GA), and Revolution Drum & Bugle Corps (San Antonio, TX). His innovative approach to field arrangement involves imbuing new vitality and dramatic elements into his charts creating a new and vibrant musical object rather than a mere transcription of the original. Montoya currently judges for Bands of America as well as marching band contests and indoor percussion circuits across the United States.

When not reviewing sneakers on his YouTube channel, The Shoemmelier, Montoya enjoys engaging in the indigenous Austinite culture where till his dying day he will constantly correct and promote the difference between Austin and Austin area. He is constantly mistaken for Lin-Manuel Miranda, Tony Stark, and Jeff Goldblum. His sidekicks in life are his better half, known to the Twittersphere simply as “The Girl,” their daughter, known to the world as “The Heir,” and a slightly overweight puggle named Mahler. He has coined the term “portmonto” as a portmanteau of his name with the word “portmanteau” to refer to his love of making up senselessly long words (partially inspired by his love of mash-ups) and he was a fan of using hashtags on the Facebook way before it was cool. In 2018, Montoya started GENERAL EFFECT, a streetwear clothing company aimed at the marching arts.

Montoya’s music is published by C-Alan Publications, Row-Loff Productions, Tapspace Publications, and his publishing company, Underwater Theme Productions/Montoya Music. He is an Artist/Educator for Innovative Percussion, Inc. and is a member of ASCAP and Phi Mu Alpha Sinfonia. He also serves on the broadcast team for the UIL Texas State Marching Band Contest, was co-host of 'Taking the Field' on FloMarching, and hosts 'Sketchbook:' a podcast focusing on inspiration & process, with artists, creators, & designers. 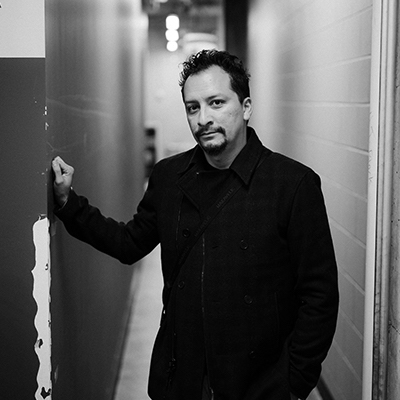