Chelsea Arenas is the current color guard director at Union High School in Tulsa, Oklahoma. Chelsea was a featured performer with the Cadets Drum and Bugle Corps from 2008-2011, where she helped capture their 10th DCI World Championship. Arenas then continued on with the Cadets as a staff member. Chelsea has also performed with the WGI World Class Champion Pride of Cincinnati during their 2010 and 2012 seasons. Most recently, Chelsea performed in Japan with “Blast! the music of Disney” during the summer of 2016. 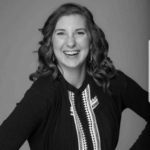