Since starting his teaching career in 2009, Brandon has had the opportunity to work with multiple programs throughout the United States, as well as write, consult, and design for marching ensembles throughout the U.S., China, Taiwan, Malaysia, and England.

From 2009-2015, Brandon lived in Southern California and worked with several marching programs throughout the area including: Ayala High School, Upland High School, Etiwanda High School, Nogales High School, and Cerritos High School. After the 2015 competitive season, Brandon moved to Indianapolis, Indiana where he has since worked with several prestigious high school programs including the Avon Marching Black and Gold, Ben Davis Marching Giants, and the Center Grove High School Marching Band. Outside of the scholastic fall and winter seasons, Brandon spent his summers touring with the Blue Devils Drum and Bugle Corps as a member of the visual staff. In addition to teaching, Brandon works as a full-time visual designer and consultant for several groups across the U.S., as well as international groups throughout Asia and Europe.

Brandon graduated with high honors from California State University San Bernardino with a Bachelor of Arts degree in Business Administration and Marketing. 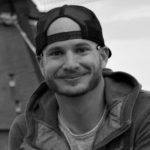