Aaron Tucker is a freelance percussion educator, designer, and audio specialist living in Fort Worth, Texas. He studied Percussion with an emphasis in Jazz Performance at East Carolina University. In 2002, he had the opportunity to march with the Magic of Orlando Drum and Bugle corps, winning a division 2 world championship, and going on to place in finals in division 1 (now known as World Class). He has had the honor of learning from some world class educators, including Jonathon Wacker, Bill Bachman, Tom Hurst, John Campese, Kevin Shah, Wayne Viar, and Will Goodyear.

Throughout his career, Aaron has had the pleasure of working with world class organizations such as Palmetto Percussion, Spirit of Atlanta Drum and Bugle Corps and Blue Knights Drum and Bugle Corps.  He also serves as the Percussion Coordinator for Atlantic Indoor Association, and served as Percussion Director for Green Hope High School from 2008 through 2019.  In 2018, Aaron helped to guide Carolina Gold Drum and Bugle Corps to a DCA class A world championship and high percussion award.  He is also the founder and former director of Alchemy Independent Percussion Ensemble.  Aaron maintains a studio of private percussion students, and consults and designs for percussion ensembles all over the country.  He has had the pleasure of working with BOA Grand National semi-finalists, DCI finalists, and WGI World Championship Finalists.

When he isn't teaching or writing, Aaron performs with a variety of musicians as a freelance drummer.  He resides in Cary, North Carolina with his wife, Ellen and his furry companions, Niko and Ollie. 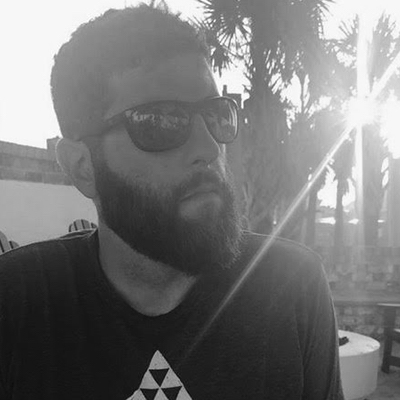